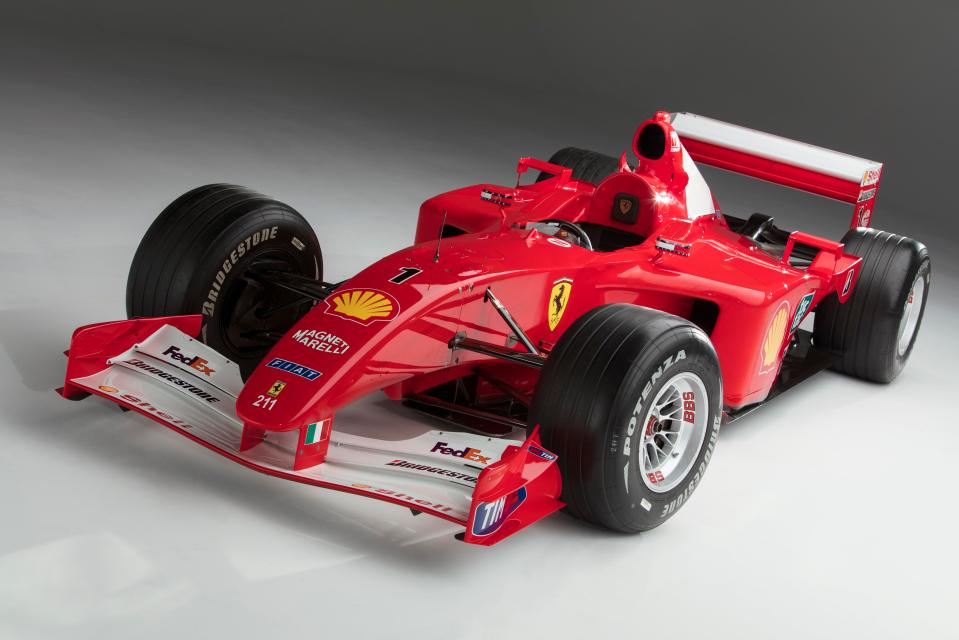 In 2001, Ferrari dominated the F1 World Championship winning the Constructor’s championship and Michael Schumacher claiming his 4th driver’s title ahead of team-mate Rubens Barrichello. Now, Schumi’s 600kg, 900bhp, 220mph prancing horse is up for auction, albeit at a £3million expected price. The lucky winning bidder will have to keep the car housed in Maranello and will be able to have it transported across the globe for events and private track days.

The 3.0 litre V10 F2001 won 2 races in 2001, firstly in Monaco and finally at the Hungaroring in Budapest. Southerby’s auction house said, “a race-winning example is truly special, but a car that won two Grand Prix and led the greatest Formula 1 driver and the most successful Formula 1 manufacturer to two World Championship titles is nothing short of sensational.” The car is up for sale alongside famous artwork from Andy Warhol and Francis Bacon.

Michael Schumacher is the most successful F1 driver of all time, winning 7 world championships in his long racing career. Dees of Wimbledon can’t offer F1 cars but we have a great range of new and used hot hatchbacks, take a look here at book yourself a test drive; Dees of Wimbledon – New and Used