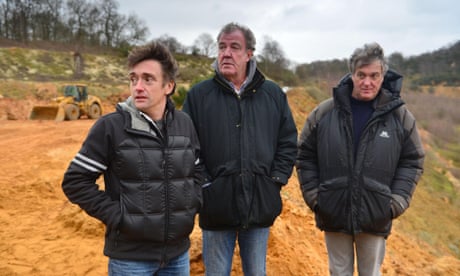 Presenters Jeremy Clarkson, James May and Richard Hammond, along with producer Andy Wilman left the BBC last year and are now working on the Grand Tour for Amazon, due out this autumn.
However, in the interim they began work on DriveTribe, which describes itself as a “the world’s digital hub for motoring”, giving professional writers and video-makers, as well as a community of users, the ability to make and upload content.

The quartet are working with Ernesto Schmitt, who formerly founded Zeebox, a social TV app, with one of the people behind the BBC’s iPlayer, Anthony Rose.

“21st Century Fox are a world-leading media business with a track record of extraordinary savviness and innovation,” said Schmitt, who is DriveTribe’s chief executive.

“It’s extremely pleasing to have 21st Century Fox take note of our venture, and we look forward to working with them on redefining how audiences discover and engage with content, through the use of technology and community.”

Fox Networks Group chief executive, Peter Rice, said: “We saw the DriveTribe platform and we were blown away by its ingenuity.

“We’re excited to collaborate with the DriveTribe team on this new approach to digital content and to help them expand their business on a worldwide basis.”