The DB6 was the first Aston Martin to carry the name Volante – which means ‘flying’ in Italian. It was in fact the last thirty-seven DB5 chassis that were used to build the short-chassis Volantes and were completed between October 1965 and October 1966.

Although clearly derived from the DB4 through the DB5, the new model was announced at the London Motor Show in October 1965. The most noticeable styling change on the DB6 was the spoiler – then called a Kamm tail – integrated into the tail of the car, which improved high speed stability. The split front and rear bumpers; a redesigned oil cooler opening in the front valance, a higher roof (136 cm) and longer wheelbase (258.5 cm), 9.5 cm more than the DB5, giving an overall length of 462 cm

For all new and used Aston Martin and Jaguar, look no further than Grange. 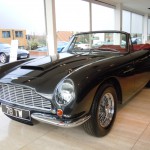 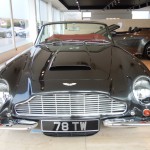 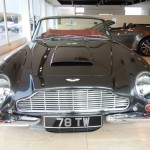 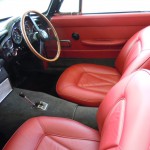 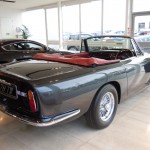 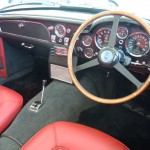