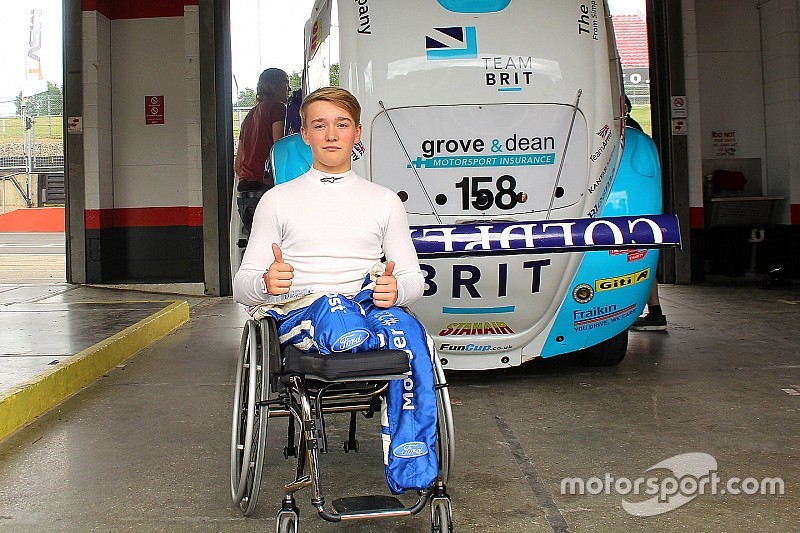 Billy Monger tragically lost both his lower legs in a Formula 4 crash at Donnington Park in April. Only 11 weeks later, the 18 year old took the wheel of a specially adapted race car at Brands Hatch. Billy with the help of Team BRIT, a charity which helps disabled drivers and injured servicemen to compete in motorsport was given the car with adapted steering wheel controls. Team BRIT founder Dave Player said that their goal was give Billy his first time back on track and help him get his race licence back.

Billy said “It’s been really good just to get back behind the wheel. Team BRIT have got two steering wheels for me to try out today. I’ve decided which one I prefer, now it’s just about perfecting the technique.” He went on to explain that his future ambition is to race at the legendary 24 hour race at Le Mans with Frederic Sausset, a man who lost both arms and legs through illness. Billy finished by saying, “people keep saying I’m the inspiration but I think all these people coming together to support someone who has gone through an accident like this, they’re the true inspiration.”

Congratulations Billy Monger, it really is great to see you back on track and all wish you good luck with your journey to Le Mans