It is the fastest truck in the world – twice over.

While Volvo is best known for safety over speed, its new Iron Knight truck has smashed the speed record.

The  truck reached an average speed of 169 km/h. Volvo’s The Iron Knight, driven by Boije Ovebrink, now holds the official speed records for the 500- and-1000 meter distances.

However, Volvo admits this is no standard truck – the record-breaker is custom-built in every respect apart from the engine and the series-manufactured I-Shift Dual Clutch transmission.

The fact that the world record-breaker uses the very same gearbox that is found in our series-built FH trucks is something that we’re really proud of,’ says Claes Nilsson, President and CEO of Volvo Trucks

Comments from Boije Ovebrink are all positive, he had a lot to say about Volvos new creation.  ‘It’s beautiful to look at and is an unparalleled powerhouse when you floor the accelerator, he said.

‘This is the third record-breaking truck I’ve driven, and I can’t think of a better follow-up to Wild Viking and Mean Green.’ 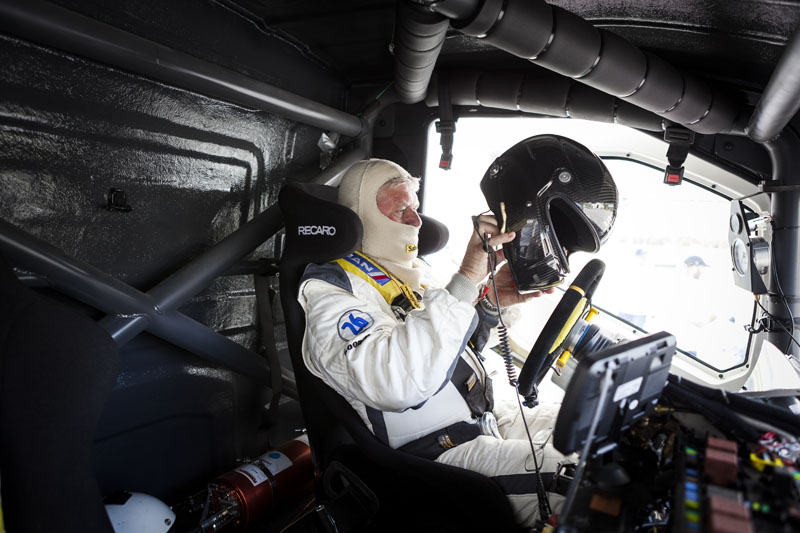 Here’s how the record runs were carried out. The runs were carried out at ‘Skellefteå Drive Center’ a former airfield outside Skellefteå in northern Sweden. The truck covered the distance in both directions. Based on these two runs, the average time and speed were calculated. The record result that the FIA presents is the average speed of the two runs.

However although Volvo admit that this truck is not suitable for rad use they have been using racing technology in their road trucks to ad to the safety and comfort! the same clutch in the iron knight is used in their road trucks and also similar (all be it slightly softer) suspension! this was a proven fact when fifth gear took one of the road going trucks and pitted it against one of the fastest cars in the world! the truck impressed Mr Tiff Needell!

If you want to see the Full run of the Iron Knight just click on the video below to watch this amazing machine! plus you can see the Volvo Road Car vs the 270MPH Mega Car below as well!